Create your dream life by turning within

Join SoulBoost, a 5-session guided soul coaching experience to access the power of Jewish meditation and transform your life. 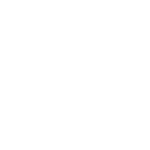 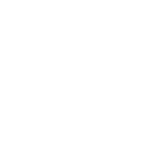 Do you want to live your dream life?

SoulBoost was a life-changing program that helped me rediscover my passions and chart the course for the future.

Feeling stuck? Want to know your life purpose and start living it?

“transformation” is for you!

“manifesting” is for you!

SoulBoost allowed me to focus inwards, gain a whole new level of understanding, and left me with inspiration and practises that I revisit daily.

what makes soulboost different from any other meditation program

Enjoy small group discussions and support with facilitators and coaches

Put your learnings into practice

Feeling stuck? WANT TO KNOW YOUR LIFE PURPOSE AND START LIVING IT?

Meditation was something I started as part of a personal growth course 19 years ago. It anchored, connected and developed me – creating profound transformation by allowing a space for change to occur within. It is this gift that I am passionate to share with others through Olami Connect.

Jackie had a private practice as a psychologist in Sydney Australia and worked as the resident “Psych” on the Today Show. She also consulted for the police, media personalities and other non-profit organizations. Jackie is now the Director of Leadership Development of Olami, Director of Souled – A Jewish women’s empowerment program, and the Founder of Olami Connect.

For nearly a decade, I toured the states as the singer and songwriter for a popular Los Angeles based rock band. After a career of licensing songs to MTV, playing the Sunset Blvd circuit at age thirteen, and even performing at MetLife Stadium, I chose to pursue a life of truth and meaning on a different stage. The next 14 years were spent in the deep spiritual practice and in-depth study of Torah.

Today, Moshe seamlessly connects and expresses these fundamental spiritual ideas with universal principles of psychology, spirituality, and self-development. In February 2021, Moshe released his second book, It’s All The Same To Me: A Torah Guide To Inner Peace and Love of Life, which has garnered the attention of many other spiritual leaders, Deepak Chopra and Rabbi Manis Friedman among them.

Want to change your mindset and perspective on life?

I lived in India for a large chunk of six years and learned Visualization and Meditation under some of the greatest Enlightened Masters, until I arrived in Israel four years ago, where I’ve been studying mysticism and spiritual living under mystics & rabbis (who I think are undercover wizards with long beards).

Ayelet Polonsky is an adventure loving, green living, healthy dessert fanatic & yogi! Professionally, she is a Motivational Speaker, Life Coach and Therapist. Ayelet is trained in Cognitive Behavioral and Narrative Therapy. She lives to help people break through the blockages of self-worth so that they can unlock miracles… actually! Deep inner work can be hard work, so she makes sure you’re having FUN along the way!  Those who have worked with her find themselves saying, “she’s not just my mentor, she’s my friend.”

Feeling stuck? Want to know your life purpose and start living it?

or get the 3-experience soulboost package for $26

This program is designed for Jewish college-aged students and young professionals aged between 18-35. There are limited spots so that each participant can have a quality experience.